How Did it all Start?

I had always had a fascination with old number plates wondering why some registrations were nicer looking than others, but never thought that one day I would be running one of the leading personalised number plate companies in the UK.

It all started in 1993 when I eventually decided to buy a private plate of my own. Back in those days, there were two popular publications where registration plates were advertised. They were the Autotrader and Exchange and Mart. I scoured through the number plate sections week after week yet found it almost impossible to find my initials, MJD. Then early one Thursday morning, I spotted MJD 611 advertised with Registration Transfers in the Exchange and Mart for £2,600. It was more than I could afford but I decided to make some enquiries and make an offer. It was some time before I had a reply and in the meantime I found the same registration plate advertised elsewhere for £2,200. That £400 difference made me realise that there may be an opportunity to start my own number plate business.

I therefore decided to buy a cheap number plate that I could afford and then attempt to sell it. I did eventually sell it to a local solicitor and made such a small profit after all the advertising that it hardly seemed worth it, but I persevered and as my stock list grew, so did the enquiries. We have now sold over 200,000 personalised car registrations since that time establishing ourselves as one of the market leaders-and we managed to build up one of the nicest personal collections including 1 MJD, 11 MJD, MD 11 and M42 TYN along the way. 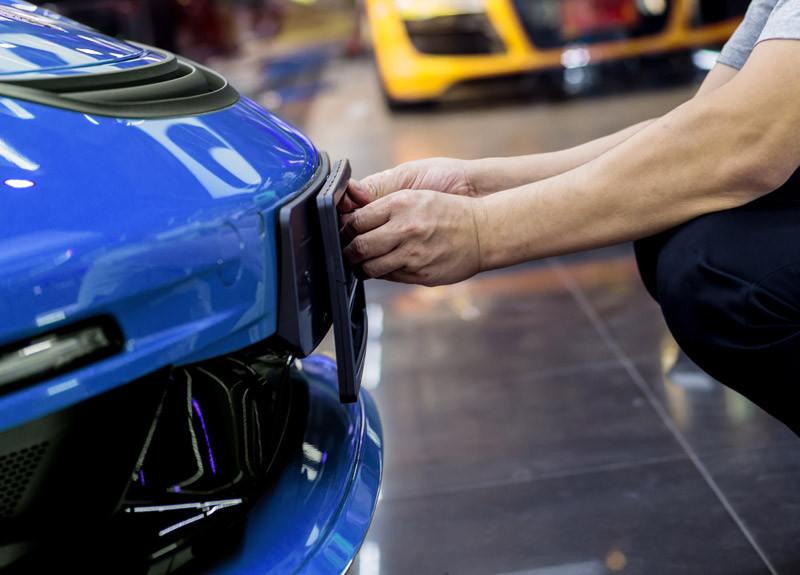 Why choose The Private Plate Company?

Our philosophy is quite simple. “Do it once - Do it right”. Unlike some companies, we would never sell a registration number before giving an absolute assurance of its availability. All too often we are contacted by customers who have paid for a new registration number with another company only to be told weeks later that it is unavailable. Its no secret that some of the registration plates we have for sale are also available through other companies yet our database is constantly updated and prices are refreshed daily to ensure you will get the very best possible price from us along with a service that’s second to none.

We are very well respected as professionals and also recognised by the DVLA as resellers of personalised registrations. As a rule, we can arrange most registration transfers within days from the receipt of documents and cleared funds.

Hi, I’m Katherine. If you have any questions about buying, selling or even finding a personalised number plate, then please give me a call on 01639 888833. I’m on hand to give you help and advice.

For added peace of mind, we can manage the legal re-registration of your private number plate for you, with an expert member of DVLA’s transfer team, including reissue of your new V5 and arrangements for the road tax change.

Change your Irish plate to a regular looking British registration in 14 days for just £79, inclusive of all fees. Call us on 01639 888833 for details.

Your personal details are safe with us

The Private Plate Company website is protected by a Comodo SSL (secure sockets layer) certificate, ensuring the information you share with us is always private and secure.

Buy at DVLA Auction from just £250

The next DVLA auction will be announced shortly. Grab yourself a bargain by placing an early bid.

Personalised number plates are perfect for adding character to your vehicle, whether you want a plate featuring your initial, name, or a funny phrase. We can help you find what you’re looking for.